PolyCello, a third generation, family-owned employer has become a Gold Standard winner of Canada’s 50 Best Managed Companies program. This is the fourth year in a row that PolyCello has been named among the winners of the Best Managed program and the first year as a Gold Standard winner. The Best Managed program recognizes Canadian companies that have implemented world-class business practices and created value in innovative ways, while building their business and taking care of their employees.

“We are delighted to be recognized by the 50 Best Managed Companies program. Our employees have continually risen to the demands of our very competitive industry. This Gold Standard recognition is a testament to the depth to which they care about doing their best for our customers, and for each other,” said Stephen Emmerson, President and CEO of PolyCello.

When PolyCello first applied for the Best Managed program in 2008, their packaging could be found in almost every freezer in North America. Since then, PolyCello has expanded it’s horizons to include pet food packaging. Growth in environmentally responsible products has also played a significant role in PolyCello’s leadership in the printing industry.

“We would like to congratulate our Gold Standard winners who have achieved their Best Managed status for the fourth consecutive year. Their success in Canadian business is a true reflection of their commitment to excellence,” said John Hughes, Partner, Private Company Services, Deloitte.

2011 winners of the Canada’s 50 Best Managed Companies award, along with the Gold Standard winners, Requalified and Platinum Club members will be honoured at the annual Best Managed gala in Toronto on March 27, 2012. On the same date, the Best Managed symposium will address leading-edge business issues that are key to the success of today’s business leaders. 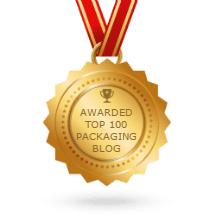